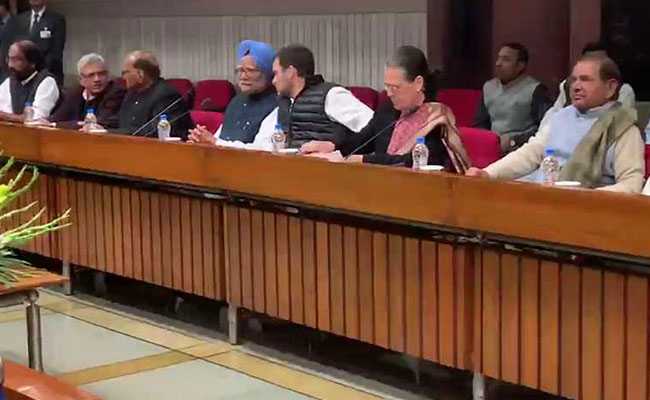 A battery of senior opposition leaders are holding an emergency meeting in parliament following the escalation in hostilities with Pakistan since yesterday’s airstrikes on a Jaish-e Mohammad terror camp in Balakot.  As reports this morning said Pakistan has violated Indian air space, and Islamabad chimed in with claims of shooting down two IAF aircraft, top security and intelligence officials had met at the Prime Minister’s Office.

The Congress has called off its working committee meeting scheduled for tomorrow following the tension, which spiralled since the February 14 terror attack in Pulwama that killed 40 men of the Central Reserve Police Force.

Yesterday, in a pre-dawn attack, the IAF had  targetted a sprawling terror camp of the Jaish-e Mohammad in Balakote. Accusing India of violating its airspace, Pakistan said it would respond at a time and place of its own choosing.

The government today said there has been an engagement with Pakistan Air Force when they targeted Indian military installations. A Pakistani F-16 jet has been shot and the wreckage fell across the Line of Control. India has also lost a MiG fighter jet and the pilot has been missing in action.

Pakistan said the pilot is in their custody — a claim India said needs to be verified.