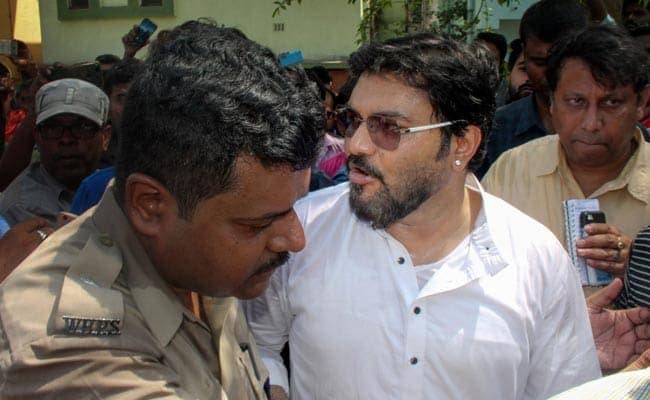 Babul Supriyo said the incident happened when he was returning from a poll rally for a BJP candidate.

Mr Supriyo said that he had gone for a rally for Bharatiya Janata Party candidate Sayantan Basu. The attack took place when he was returning from the rally in Basirhat, he said in a tweet.

Police said the accused were taken to a detention place near Basirhat city.

The state leadership of the BJP has filed a complaint in the matter along with the video footage as proof with the Election Commission of India (ECI).

The BJP has also demanded the removal of the head of the police of the district.