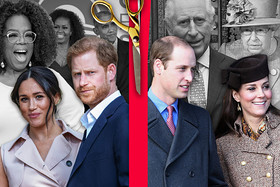 Schrödinger Inc. said it plans to launch an initial public offering, according to a Securities and Exchange Commission filing late Friday. Schrödinger said it plans to raise $100 million in the IPO, although that amount is usually used as a placeholder and is subject to revision in later filings. The company said it uses physics-based software to try to discover new molecules that could be developed into drugs. “Over the past 30 years and with the concerted efforts of hundreds of our scientists and software engineers, we have developed a physics-based computational platform that is capable of predicting critical properties of molecules with a high degree of accuracy,” the company said in its filing. Morgan Stanley, Bank of America Securities, Jefferies, and BMO Capital Markets were listed as underwriters. The company reported revenue of $66.6 million in 2018 and a loss of $28.4 million, compared with revenue of $55.7 million in 2017 and a loss of $17.4 million. Schrödinger plans to list under the ticker “SDRG” on the Nasdaq.