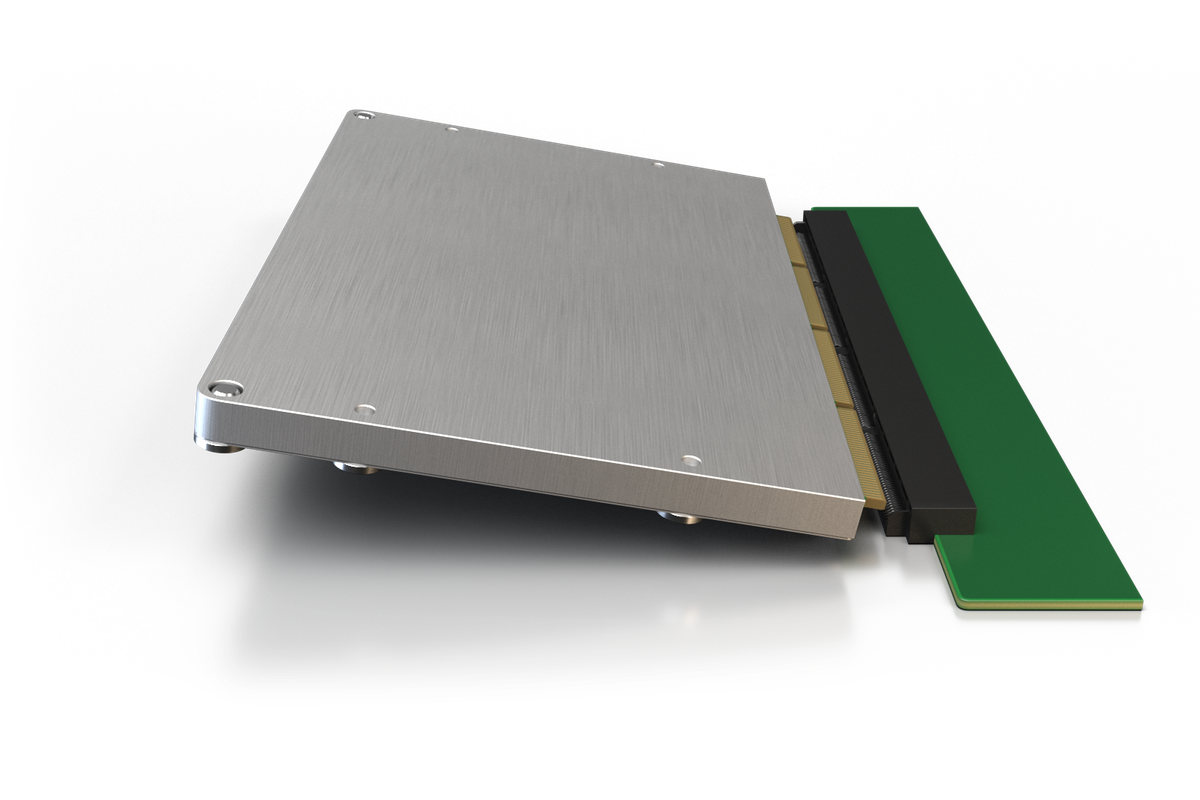 Intel is introducing a new device called the “NUC Compute Element.” It’s a slightly updated spin on a new idea: put the core guts of a computer into a modular element that can be easily slotted into other devices to upgrade them when the time comes. It’s not a bad idea, either. Think of a kiosk: the touchscreen will probably be good for years, but the computer that powers it will likely need to be updated more often.

It’s such a good idea, Intel has tried it before. Earlier this year, Intel bailed on the Compute Card, which was literally the same idea but in a different body. Intel never even made it to a second generation of the Compute Card.

INTEL BELIEVES IN THIS IDEA, NOW IT JUST HAS TO STICK TO A SINGLE FORM FACTOR

A spokesperson tells us this new NUC-branded iteration resolves some of the complaints customers had about the Compute Card. Instead of being a fully-enclosed, gadgety card, the NUC Compute Element looks and acts a lot more like a computer part, right down to its exposed connector. Intel claims the changes reduce its footprint inside other devices and also increases the I/O options on tap.

Intel says that this new iteration can fit 8th-gen Core i3 and i5 U-series CPUs, as well as Pentium Gold or Celeron processors, none of which are particularly powerful chips. Still, one of the key use cases will apparently be powering laptops, and it will be used in laptops aimed at the education market that should be out in the first half of next year.

The only image Intel is sharing right now are renders like the one you see at the top of this post, so it may be that there’s still some work to be done before they’re ready to ship. If you haven’t noticed, Intel has switched this concept over to its NUC brand, which has previously stood for Intel’s own tiny barebones computers. People have liked NUCs, so it makes sense that Intel would want to apply the brand here.

Intel seems to be committed to the idea of making modular computers. But the whole reason to make a modular computer is to swap in a newer part later — and that can’t happen if Intel keeps changing the core design. Here’s hoping this year’s iteration will last longer than the Compute Card.

Tweet Pin It
Tags:again, Computers, happen’, Intel, is, make, modular, once, to, trying