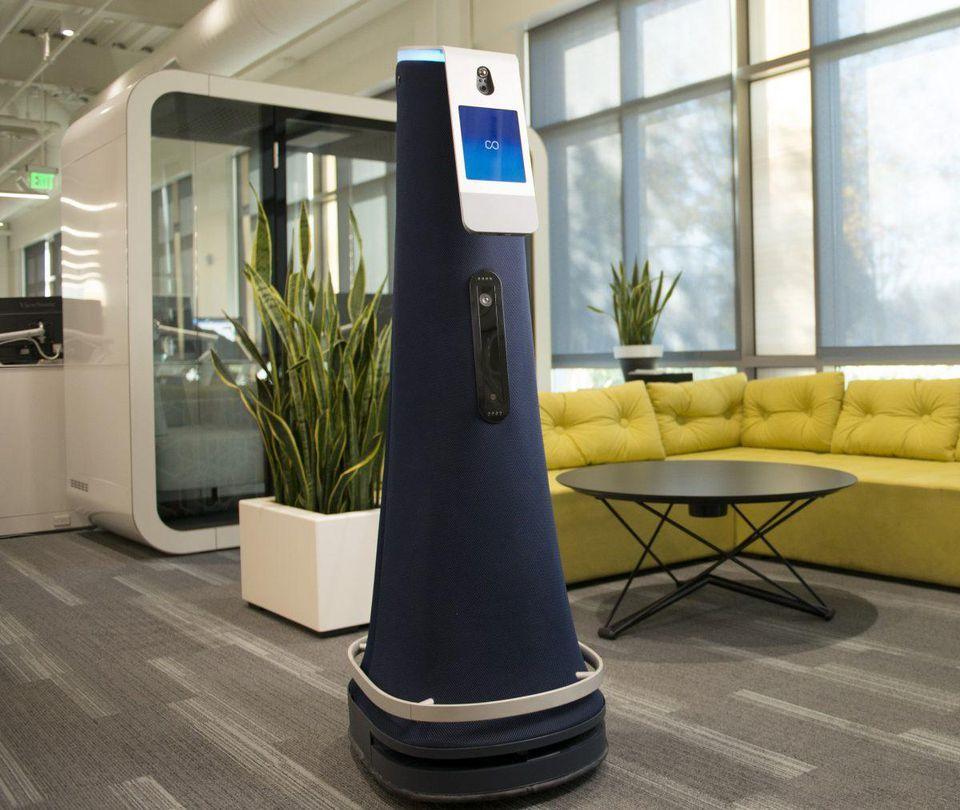 It’s not quite Robocop. Turns out security in the Blade Runner era (yes, that dystopia was set in 2019) takes less of a humanoid form in favor of a human-sized traffic cone robot with a touchscreen and the capability to send you yet another Slack notification.

This is the latest vision of 21st century security being offered by Cobalt, which makes an autonomous robot for the workplace that can roam the halls after hours, keeping a 360-degree, infrared-capable eye out for “anomalies.”

It’s also equipped to listen for things going bump overnight and its environmental sensors can check for potential signs of problems like the presence of carbon monoxide.

After having a pair of Cobalt’s robots patrolling Slack’s San Francisco offices for a while, the king of collaboration platforms decided they’d also like to let the security robots slide into its – and ultimately your – DMs.

Cobalt announced Wednesday that its safety and security alerts can now integrate with Slack workspaces.

“With this new integration, security teams add the Cobalt Security Service to a shared channel,” said Slack’s VP of Global Workplace and Real Estate, Deano Roberts. “Anomalies identified by Cobalt needing further analysis or review from the company populate the channel in real-time.”

It’s a little like having the internal monologue of the world’s most vigilant night watchman piped right into your feed.

Imagine a conversation that basically consists of having to repeatedly address the questions: “Does this look like something to you?” “Did you hear that?” and “What’s that smell?”

But of course Slack and Cobalt are actually much smarter than that. Cobalt’s machine learning should only trigger notifications for things that truly require human analysis or action. Issues can be triaged and moved to temporary channels for further discussion.

The integration is also two-way, allowing Cobalt’s public address and siren functions to be triggered from a Slack channel and redirecting the robot to a new patrol in case of an emergency.

The future is here and it’s a big blue robot watching out for you that can hit you up late at night. The question is if it’s any better than a real person working the night shift.

If you’re on team human security, you might want to buy your favorite night watch person some night vision goggles and a CO monitor to keep up. Oh, and make sure they’ve got Slack installed on their phone.