Home / Game / Romance is dead on Game of Thrones 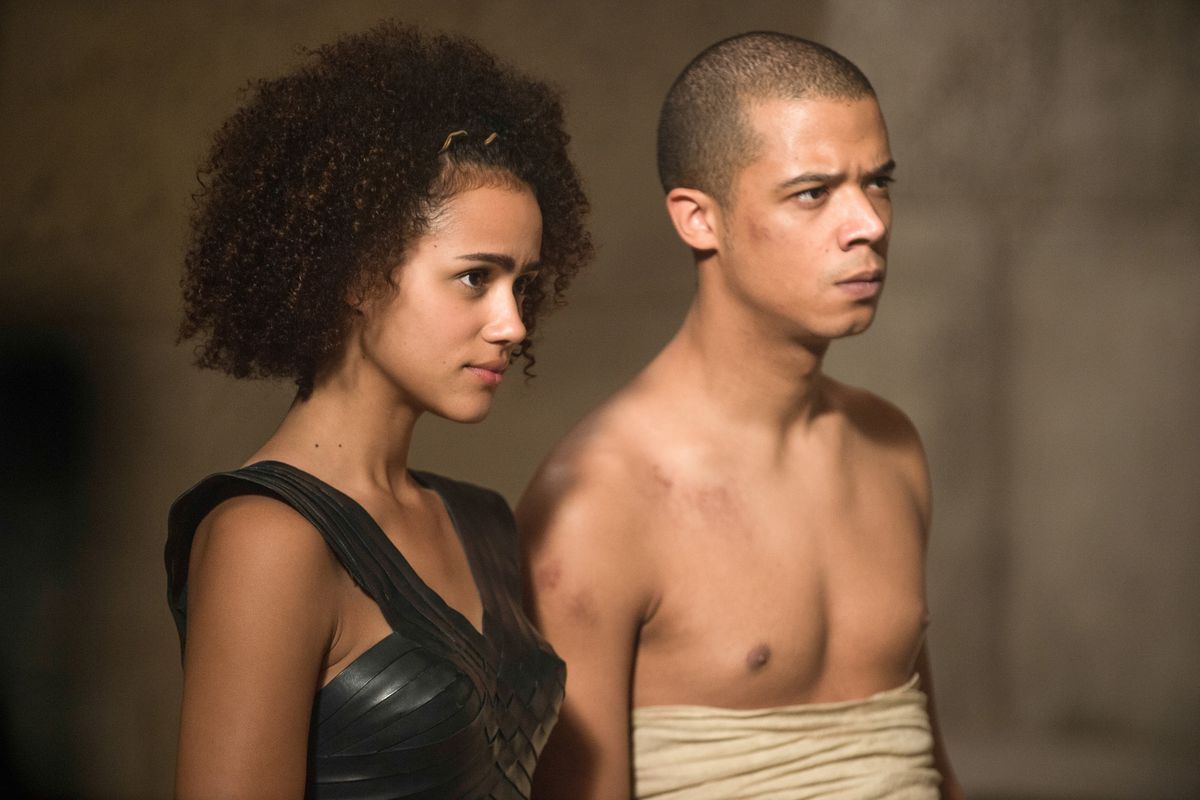 Spoilers ahead for Game of Thrones, season 8, episode 4, “The Last of the Starks.”

Season 8 of Game of Thrones has had a lot to live up to. If the show’s big finale was going to be as good as the lead-up seasons that made it a sensation, it would need epic political intrigue, meaningful deaths, and even a touch of romance. While few people look to Game of Thrones as the epitome of romantic fiction — it’s featured a lot more rape, incest, and abuse than supportive relationships — some strong pairings have emerged. Fans strongly identified with a few of them: Jon Snow and Ygritte, Gilly and Sam, and Missandei and Grey Worm. Of these couples, though, only one has survived the show’s repeated culling of minor characters.

Season 8 has featured a number of emotional hookups, but none have been as long-lasting or heartwarming as Missandei and Grey Worm’s relationship, which now seems like it was being built up solely for tragedy. They did at least have the advantage of time: they’ve been sharing scenes since season 4, and their romance dates back to a season 5 kiss. Their relationship has had three seasons of buildup, from tender moments of talking about their dark pasts to helping Daenerys fight off threats as she made her way through Essos and eventually across the Narrow Sea.

Unfortunately, time isn’t on the side of other current couples on the show, and viewers haven’t been given much of a chance to invest in them. Jon and Daenerys didn’t even meetuntil season 7, and they only had four episodes to get to know each other before they had sex. Their romance has always felt contrived. The writers need them to be together for extra conflict and drama even though their goals are misaligned and because they’ve become the show’s most significant characters. Their romance may feel epic to people who are already inclined to love these characters individually, but apart from one moony scene by a waterfall, the show hasn’t invested much time in getting viewers to love them together.

Jorah and Dany make more sense as a couple, given their long history together. But as Dany tells Jon in “The Last of the Starks,” “I couldn’t love him back, not the way he wanted, not the way I love you.” While it may be a smart move to clarify that his long-standing devotion to her doesn’t entitle him to her love — she isn’t feeling it, that’s just how these things go sometimes, and not everyone gets what they want — her long, contentious relationship with him carries a lot more emotional weight and impact than her few scenes with Jon do. (Also, you can bet that if Dany asked Jorah not to blab about a world-changing secret, he wouldn’t immediately turn around and tell people about it.)

Arya and Gendry had a few scenes together in past seasons, but her interest in him back then felt like a child’s crush, and their original dynamic didn’t fully build up to their abrupt sexual connection and his subsequent proposal this season. While the couple certainly had the backing of some fans who noticed and approved of the way Arya admired Gendry’s shirtless bod back in season 2, other viewers complained that they still view Arya as a child, which made her hookup with Gendry feel profoundly uncomfortable to watch.

Regardless of how fans initially felt, the pairing would have been more convincing if the writers had given them more chances to meet over the past few seasons or if Arya was capable of better, less bluntly transactional pick-up lines. Twitter users have joked that her opening move — “Were you with other girls before in King’s Landing?” — was the equivalent of an impromptu STD test. And her follow-up, “We’re probably going to die soon. I want to know what it’s like before that happens,” is a staple of fan fiction stories, but it’s not exactly a romantic statement. Her snappy remark, “I’m not the Red Woman. Take your own bloody pants off,” is more fun, but it’s certainly not sexy to discuss your exes (especially the ones who stole your blood for a magic ritual without your consent) right before getting together for the first time.

Then, Arya refuses Gendry’s proposal one episode later. His sudden infatuation and her rejection are almost comical, given how quickly everything is happening. But their misunderstanding is also sad. Gendry fundamentally doesn’t understand Arya. That’s why he thinks offering to make her his lady is romantic, as it might be to other girls Arya’s age. But the assumption betrays how weak their relationship is: it’s just sex, with maybe some mutual respect. There’s no true connection and certainly no everlasting love.

Brienne and Jaime get better treatment from the writers, and the way they flirt over drinks in “The Last of the Starks” feels like a nod to the way real-life couples often get together these days, rather than the high-fantasy romance of the Jon and Dany pairing. But then Jaime ruins everything by leaving Brienne with a weird shrug of a speech that completely ignores the emotions she’s expressing. (I was on the Tormund and Brienne ship, and I’m fairly certain Tormund would have stuck around for at least three months.)

Their new romantic relationship didn’t have any time to develop before it abruptly became an emotional drama. They’d barely gotten to the point of admitting their attraction and trusting each other before Jaime decided to hightail it back to Cersei, whether it’s to kill her as some believe or to attempt to save her one last time. This brings Brienne to tears — a reaction many viewers have protested as out of character.

All of these abrupt, short-shrifted romances in season 8 mean that Missandei and Grey Worm were really the stars of their own adorable little corner of the show, where they discussed the Northerners’ xenophobia and their greater dreams to retire to Essos and live happily ever after once the war is over.

That’s why it’s such a blow when the show kills off Missandei in “The Last of the Starks.” Their romance was never excessively in-your-face, like Jon and Daenerys’, which was the emotional equivalent of getting sucker-punched by the writers. Grey Worm and Missandei had a subtler story, a more believable build, and a natural sense of personal connection. Even for viewers who weren’t explicitly fans of the couple, they added a kinder note to a tonally dark series. Without them, all we have now is Gilly and Sam, who will presumably be staying in Winterfell to care for their newest little one.

Missandei’s death has other implications besides ending Game of Thrones’ one remaining foregrounded meaningful romance. Missandei was the only woman of color left on the show, and now she’s dead. Ellaria and Tyene Sand were left to rot in Cersei’s dungeons, or they’re maybe already dead; it’s unclear. The Essos population isn’t much represented in the main crew, and Daenerys’ army of Dothraki and Unsullied, who are mostly men of color, are largely background effects. So in terms of representation, Missandei’s death is a huge blow to Game of Thrones, which has already been criticized for not giving large enough roles to people of color who do exist and live in this fantasy setting.

Gilly and Sam are still the figurative old, cuddly married couple on the show, but they’ve barely gotten any development or screen time together. Missandei and Grey Worm, on the other hand, seemed like the show’s one relationship that meant something besides drama hooks and grim confrontations. Their romance was a large part of those characters’ identities, and both actors have expressed in interviews that all they wanted was for the two to sail off to a happy ending, enjoying a life on Naath. Jacob Anderson, who plays Grey Worm told The New York Times, “I want them to be happy and chill out by the beach, because they’ve been through a lot.” And Nathalie Emmanuel, who plays Missandei, toldEntertainment Weekly, “If she lived, I think they would have gone back to her home. They would have lived happily ever after.” The tragedy of Game of Thrones’ latest death is that it snuffed out two characters’ chances at peaceful endings, but it also snuffed out the last gasp of romance on the show. There isn’t time to build another relationship on this level, and everything just looks grimmer from here.

Tweet Pin It
Tags:dead, Game, is, of, on, Romance, Thrones