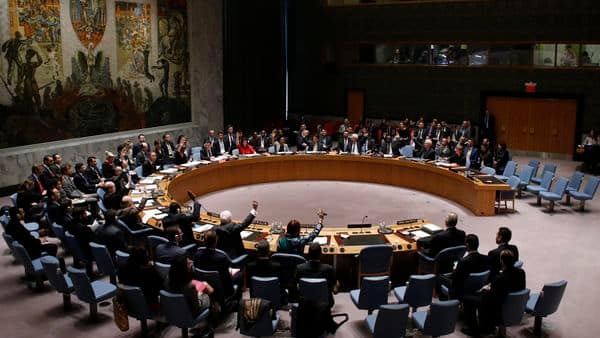 UNITED NATIONS : India has said that the UN Security Council needs to take more frequent recourse to the International Court of Justice to promote judicial settlement of international disputes before resorting to any other means.

Yedla Umasankar, First Secretary/Legal adviser in India’s Permanent Mission to the UN, said on Friday the International Court of Justice (ICJ), the principal judicial organ of the United Nations, plays an important and critical role in the maintenance of international peace and security by adjudicating disputes between States.

“States are obliged to settle their disputes by peaceful means​, which is one of the fundamental principles under…the UN Charter. Article 33 of the Charter further strengthens this duty and provides the means which the parties to a dispute can choose freely,” Umasankar said.

Speaking at a General Assembly Sixth Committee session on Charter of the United Nations and on the Strengthening of the Role of the Organization, Umasankar said the “Security Council needs to take more frequent recourse to the Court under Chapter VI of the UN Charter so as to promote judicial settlement of international disputes before resorting to any other means.”

Chapter VI of the UN Charter deals with the pacific settlement of disputes and Article 33 states that parties to any dispute, which if continues is likely to endanger the maintenance of international peace and security, shall, first of all, seek a solution by negotiation, enquiry, mediation, conciliation, arbitration, judicial settlement, resort to regional agencies or arrangements, or other peaceful means of their own choice.It also states that the Security Council shall, when it deems necessary, call upon the parties to settle their dispute by such means.

Umasankar further said that maintenance of international peace and security is the primary responsibility of the Security Council, which has to act on behalf of all the UN member states in the discharge of its duties. In certain situations, the Security Council authorises sanctions under Chapter VII of the UN Charter and in such cases, sanctions could serve as an important tool in the maintenance of peace and security. “They should not be used as punitive measures. They serve their purpose only if they are used, ​when necessary as a measure of the last resort having tried all other options, and are applied so long as are necessary​, in accordance with the provisions of the UN Charter and do not violate the principles of international law,” he said.

He added that the Security Council is now increasingly issuing targeted sanctions against individuals and entities. “We also take note (of) the report that the Security Council has adopted exceptions by which the states can signal to the relevant sanctions committee their intention to authorize access to frozen funds for a variety of basic and extraordinary expense. In our view, such exemptions should be at the behest of the affected states or by any states on its behalf.”