Home / Software / You May Want to Check Your iPhone Before Sunday 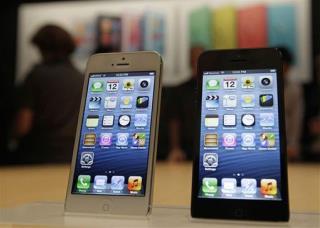 (NEWSER) – If your old reliable iPhone or iPad has been chugging along just fine, allowing you to avoid ponying up money for a new one, you might want to check just how old it is before Sunday. Apple is now warning that versions of both devices that came out in 2012 or earlier may stop working correctly at 2pm ET on Nov. 3 if their iOS software isn’t updated, CNBC reports. The iPhone 5 will be particularly affected by what the company calls a “GPS time rollover issue” that, if the device doesn’t have iOS 10.3.4 installed, will result in the iPhone not being able to surf the web, download apps from the App Store, or access email or the iCloud. That’s because those functions all require the correct date and time, which are affected by this GPS-reset issue, which CNN notes happens every 19 years or so.

The iPad 4th generation also needs the iOS 10.3.4 upgrade, while the iPhone 4s, iPad mini, iPad 2, and iPad 3rd generation all need iOS 9.3.6 installed. “This issue does not affect iPod touch or any iPad models that have WiFi only,” Apple says on its site. “It also doesn’t affect iOS devices newer” than the ones it lists. If you were offline all weekend and just now reading this on Monday, don’t panic that your iPhone is now obsolete: There is a workaround, but it will take a bit more effort to get your device back up to speed. You’ll have to plug it into a Mac or PC and complete the upgrade that way, as you won’t be able to download the upgrade directly via your iPhone.

Tweet Pin It
Tags:Before, Check, iPhone, May, Sunday, to, Want, you, Your